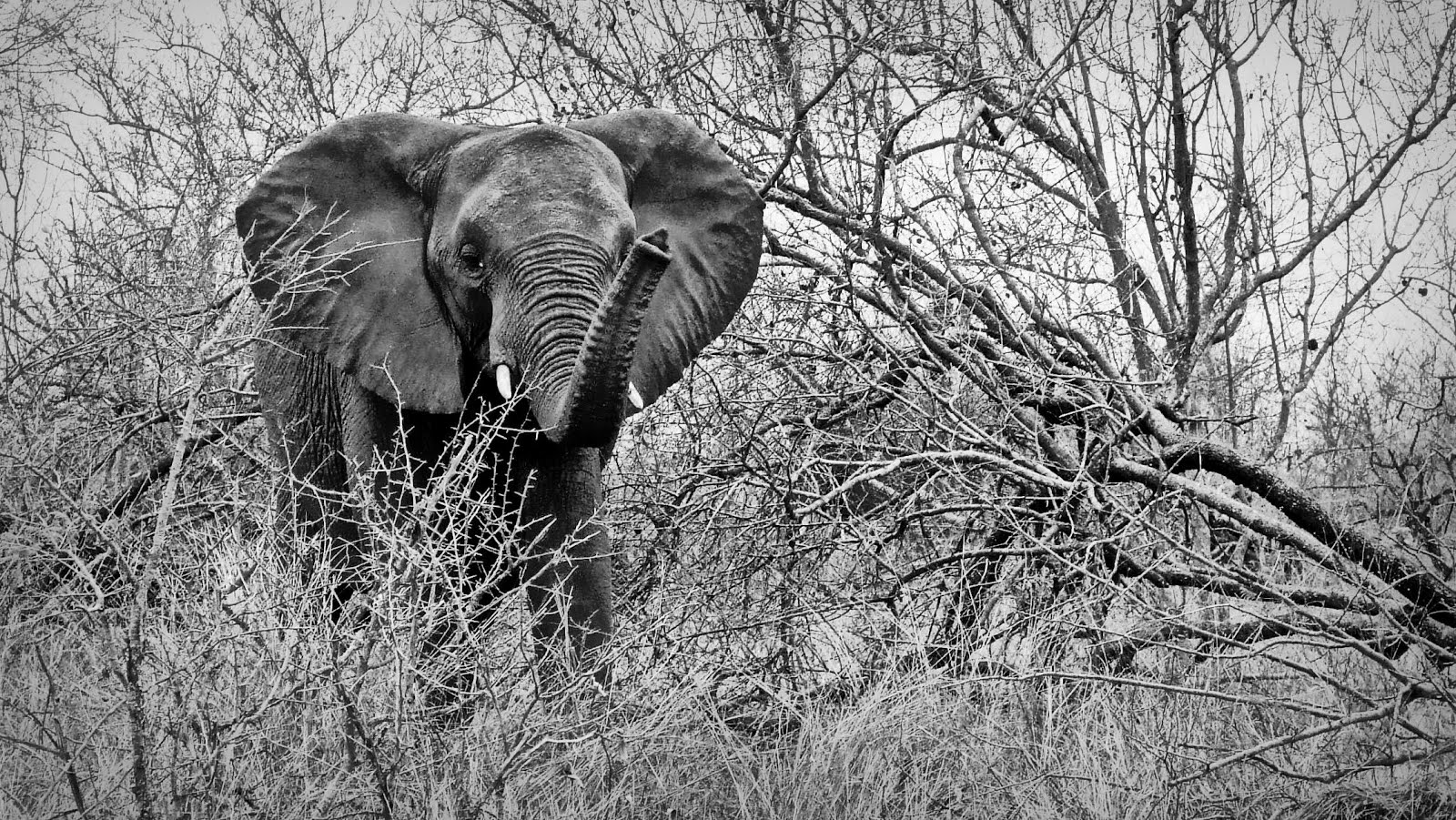 The moon must’ve moved passed Jupiter somewhere in the Western Hemisphere recently because one day it was on one side of the moon and on this particular evening, a day later, another. I suspect there was an eclipse somewhere on the planet, of both Jupiter and our Sun. The Plane of the Ecliptic, our planetary equator, must have been in perfect alignment to produce some stellar sights elsewhere on the planet but for me, just to sit up on the deck with fading light, the rising moon dominating a clear summer sky over a couple of ele’s browsing nearby, that was entertainment enough.

A scorpion was at the base of a Mopane as we descended from the deck after the magical ele moonrise. There was a low bank of cloud on the horizon in the East and as she rose, she slipped through the various layers of cloud wearing different shades of moonrise silk until finally, lifting from the cloud layer, like a yellow balloon, she shed her veils and shone as bright as ever. 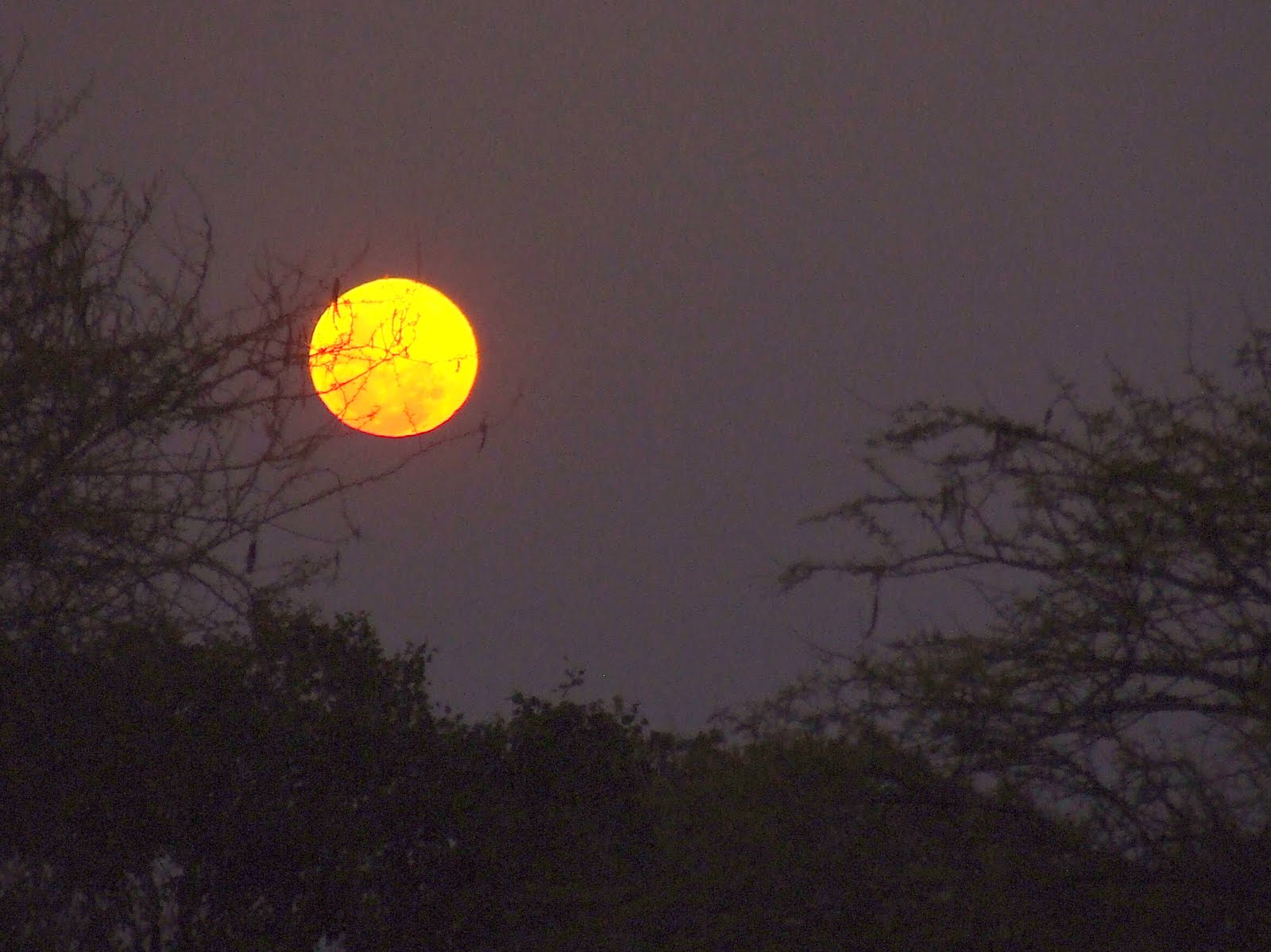 Anyhow, I was talking about this scorpion we found as we came down from the deck. She was at the base of a medium size Mopane, one of the many here at Mopane grove. In the dryness of the current drought, there are a lot of antlions’ conical depressions in the sand, where the larvae of these fairylike creatures lure unsuspecting prey, mostly ants that are foraging.

It was a Parabuthid, the most venomous of our scorpions although not a very large individual. Much like the hatchling puff adder we had found at the door earlier in the day, the venom is excruciating and is no less potent coming from a juvenile.

I soon noticed the most reMarcable behaviour. The scorpion was angled down into the depression of the antlion hole and my first impression was that it was playing ostrich – trying to hide in an  “I can’t see you, you can’t see me” type of scenario. But I noticed and felt at the same time, a different energy, something that had nothing to do with me or the light I was shining for the very purpose of looking out for scorpions and things so that I don’t stand on them. She was fishing – Antlion fishing.

She was teasing the sand at the bottom of the depression, trying to get a response from the insect. With no place to go, the larva had to give away its presence and as soon as the scorpion felt movement under the sand, she dug frantically, like a scene from Dune, scrabbling to get the cascading sand out the way to find her quarry. 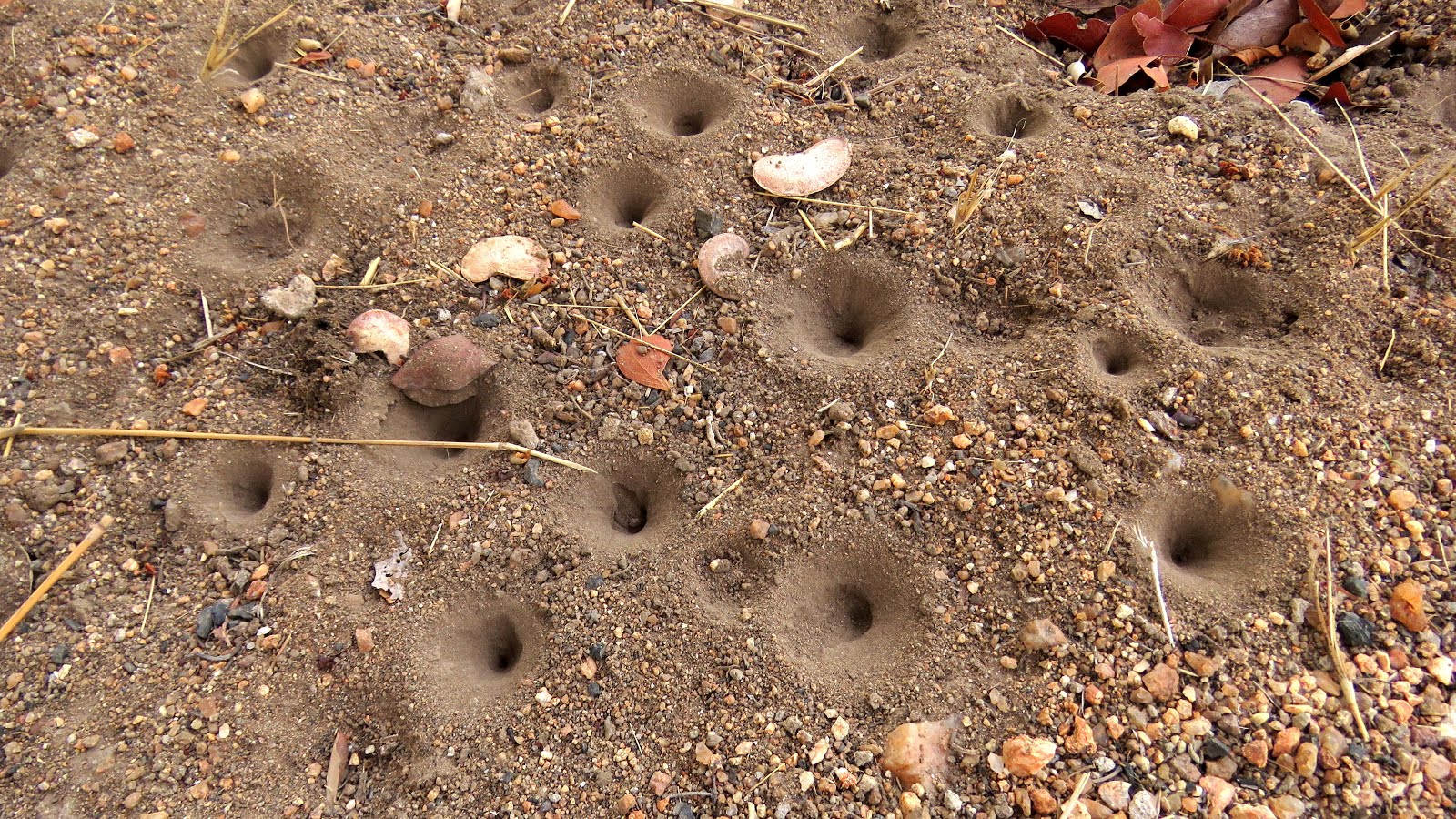 (It was reminiscent of times I’ve played with a cat on top of the bed, moving fingers under the blanket, ever so quietly and the intense concentration of the cat to hear or see movement before pouncing.)

Eventually, she struck, swinging her powerful tail over her back and delivering the fatal sting, then grabbing the antlion in her jaws and making a hasty retreat. I tried to follow her, I wanted to know where she lives so that I have a chance at filming this amazing hunting behaviour. Clearly, she didn’t like being followed, which no doubt had a lot to do with the light because she took me in circles until I had to relent and let her be. I can only hope I find her again, out fishing for antlions like no scorpion I ever knew.

Most antlion larvae ( they have nymphs, much like the other two) are free ranging hunters that look like something out of a science fiction film, thus my reference to the Dune Trilogy but some of them are burrowers, living a fossorial life under soft sand. Some merely wait on tree bark or just under the soil surface for their prey but there are a few that dig these very impressive little cone-shaped depressions, which trap ground-dwelling insects.

As an insect falls into the trap, the antlion becomes active, flicking the cascading sand back up the sides with its shovel-shaped head and large mandibles, creating a continuous ‘conveyor belt’ of sand that ultimately brings the prey to the bottom of the cone, where the huge jaws of the antlion rise up through the sand to grab the prey in a vice-like grip.

Somewhere in the archives of the antlion observations and memories in my head is another story about some remarkable ant behaviour around an antlion hole. I’ll have to find the file path one of these days.