It’s going on six months now that my life took a dramatic turn with the sudden decision to leave South Africa and my life with elephants in order to receive life-saving treatment that I was denied in the country of my birth and passion. Of these last six months, at least two have been spent in hospital on two different occasions and three recovering and regaining strength. There has been a total of a little more than a month that I have been well enough to appreciate my new surroundings and all in all I have only had a handful of outings to discover this new world around me.

The most memorable day trips I have been taken on, have been a visit to a river to see the endangered Nile soft-shell terrapins, a trip up North to the Galil to the renowned Hula Valley and Lake Hula where millions of birds accumulate on their bi-annual migration to and from Africa. Flocks of European bee-eaters, having just arrived from Africa, greeted us on arrival at dawn and as we rode around the lake in the chilly morning air, mist rose off the lake adding to the mystical feeling brought on by its silence. Giant rodents called Nutria, imports from South America, grazed at the water’s edge and a few birds ruffled their feathers as the day began.

Then there was the day in late March that my cousin Rael took us out sailing for the afternoon; he is a master skipper and we stayed out on the Med until after a memorable Mediterranean sunset. I took the helm for a while after we had left the harbour and I was the happiest I had been in months.

Time heals and this is certainly true when it comes to where I am today compared to a few months ago when I plunged into a very dark and difficult period only a week after the day out at sea.

Shortly after my birthday, on the Easter weekend, I was trying to catch up with correspondence and getting through the many replies and well wishes that had come through that week. I was up late on that Friday night and finally called it a day shortly after midnight. At some stage in the early hours of the morning, I awoke with a strange stomach-cramp like feeling and got up to go to the bathroom. For the next hour or more, I can’t really remember, I became weaker and weaker as my body lost enormous amounts of blood every time I went to the toilet. At one point I lay down on the couch in the lounge, waking my sister and assured her I was fine, but a bit weak and just needed to catch my breath. I was delirious. Soon after that, I collapsed on the bathroom floor, slipping and sliding on the smooth tiled floor in my own blood. By this time I was so weak and light headed, I only vaguely remember what came next.

I remember my sister, Nadine, mentioning that she was going to call an ambulance and somehow found the strength to argue but she clearly saw how dire the situation was and soon I was being strapped to a gurney and wheeled away. I remember very little after that and can only document the next few days from what I was later told.

Excessive abdominal bleeding necessitated emergency surgery, requiring the removal of a portion of my colon and many pints of blood. I was kept sedated and on a ventilator for several days as infection required them to perform a further three surgeries and it was only on the fourth day that I awoke in ICU with tubes and drips and wires creating a spaghetti of paraphernalia around me. I was still on the ventilator and so couldn’t speak; my mouth was dry and sore and my nose had a very uncomfortable gastro-intestinal tube. I had a drip in my neck feeding me liquid and antibiotics and IV drips in my arm and drainage tubes coming out of holes on each side of the foot-long incision that ran down my stomach from sternum to groin. Just to the right of where my belly button used to be, was a bag that seemed to be part of my body and the lights and the noise and activity around me was scary and confusing.

Although I had been through hell over the previous nine months, this was all of that and more all rolled into one. I was down a deep and dark hole and I knew that crawling out of it would take more effort than I had summoned to get through everything else up until then.

I was in ICU for a further week or so, the tubes had been taken out of my nose and mouth and I was breathing on my own with the help of a bit of oxygen. I won’t even begin to describe the pain and discomfort and the inability to sleep that made my mind wander in this darkness and my body was so weak, I could barely lift my arms. To compound all this, I still required dialysis and every now and then, a machine would be wheeled in for my four-hour session. I wondered if there would ever be an end to the discomfort and pain.

At some point, once a special corset had been made for me, I was helped into a chair to sit up for the first time. I remember being so weak that I could barely stand and it felt like the effects of gravity had doubled. I sat in a chair for almost an hour on the first attempt before needing to be back on the bed again.

Eventually, I was moved to a general ward and began the process of recovery and physio. After about three weeks I was able to sit up on my own, sit in the chair for longer periods and soon began walking a few steps with a walker frame. It was difficult at first, my brain knew what to do but it seemed as though my body had forgotten how.

I eventually became accustomed to the stoma bag that was now part of my life and despite the odd accident with it from time to time, got used to emptying it and replacing it and taking the necessary care. The difficulty came with dialysis, the four hours on The Machine in the dialysis ward with staff that didn’t know how to deal with the problems of the stoma and when I had issues there, it was very unpleasant.

After three weeks on the drip that fed me I had to face solid food for the first time, finding it very hard to stomach anything, even things I usually ate before the incident, finding that my mouth had forgotten what solid food felt like and taste buds that went haywire. As much as I needed to eat, I couldn’t face food.

Toward the beginning of May, I was discharged and returned home to the care of family and I will forever be grateful to my parents and my sister for their patience and understanding during a very rough time. I was incapable of doing much and required a lot of help throughout the day and night.

To complicate the food issue, I had to combine the dialysis diet with a stoma diet and for a while ate only chicken and rice for dinner and porridge in the mornings. I needed protein and was drinking a special drink made for kidney patients but despite this, was losing weight fast. Eventually, after the dieticians and nutritionist discussed my case, it was decided that I would forgo the special diets and eat what I could just to gain strength.

I may have gotten used to the physical aspect of having a stoma but my mind was very far behind. The incision on my stomach was taking forever to heal and although the stitches eventually came out, it seemed it would never close. To add to this, I was required to have a fistula made in my arm to make dialyzing much easier. Another short hospital stay and more pain and discomfort ensued. Dialysis became difficult and I was spiraling mentally into a dark depression.

There were many times that I wondered what the point of all the pain and suffering was as it seemed that there was no end to it all.

To compound my misery, there was the prospect that I was now even further from the possibility of ever going back to my passion and life with elephants. It seemed that under the new state that I was in, there would be no chance of a transplant and the only way I would ever get back to Mopane Grove would be after another transplant. This was a hard reality to face and with it came the realization that we would have to sell the bungalow and doing that would take away all my hope and reason for enduring all that I had.

Suddenly, all the reasons I once had why I would never leave Africa and my world with ele’s became the reasons why I now have to stay in a foreign country and not be able to return. Without family at my side and the support they have given me, I would not be able to handle all of this. I have no choice but to accept my life for now and I am concentrating on getting stronger each day.

I had the permcath removed from my chest a few days ago and that became the start of a new road for me. I no longer have this thing hindering everything I do and I took a proper shower for the first time since it was put in over eight months ago and I can now turn over in my sleep without having to wake to move it back into position. I took a walk with my mom the other night, further than any walk I have done in months and it felt good to feel a breeze and see the different trees that are blooming.

Soon, I will have my condition assessed for the reversal of the stoma, a surgery I am not looking forward to as it means reopening my stomach and a further few months of healing and regaining strength. Once that has healed and I am again strong enough, I will need another surgery to reconstruct my stomach wall, yet again opening up the incision and again months of pain and healing. I am not looking forward to any of it but I would like to be rid of this bag on my stomach and all that comes with it, especially the prospect of being strong enough for another transplant.

Throughout this ordeal, I constantly thought of all the people that had sent messages, people I had yet to thank for birthday wishes sent just before it happened and the prayers and well wishes that were coming in via Nadine. As each day passed and I became more and more depressed, I felt more and more guilty about not writing but because of my frame of mind, I had no inclination to contact anyone (Forgive me for this).

The darkness and despair that consumed me for the last two and a half months have lifted somewhat and the little light that I now see brings me hope. I will soon be back online to answer messages that have piled up on facebook and will eventually get to yours if you are still awaiting a reply. 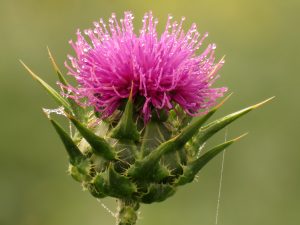